Herpes Stigma: How Do We Put An End To It?

A few weeks ago I was leading a forum on herpes and how to manage it naturally. Towards the end of the evening, a woman asked if she could share her most recent experience the stigma of  with the group. Of course, I encouraged her to share and this is the story she later emailed me: 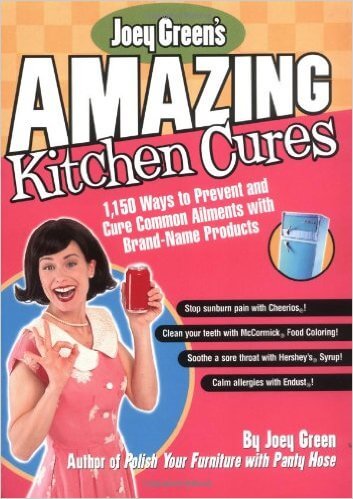 I picked up a book at the library called, “Joey Green’s Amazing Kitchen Cures” thinking that it would be an interesting book to read. Well, it certainly was interesting. Every section has a common ailment along with kitchen-product suggestions to cure/heal it and “strange facts” about the ailment.
I was surprised when I came upon the section labeled Herpes and curious to read about what this man suggested. I skimmed through his suggestions, then came across the “strange facts” of this section and this is where I was shocked. The bullet-point items listed here were not “strange” at all, they were more common facts about the infection including that there is no cure for genital herpes and facts on how it’s transmitted, etc. But what really made me upset was when I kept reading these so-called “facts” and he then started talking about shingles which is not herpes. Yes, the two are similar but none-the-less different infections. He then wrote about several, if not many historical figures, from centuries ago who were apparently known to be sexually promiscuous. How does that relate to Herpes? There is NO scientific fact that any of these people where Herpes positive, so why is he putting these “facts” in this section? Why aren’t they in the earache or dry skin section?  I could not believe what I was reading. What he wrote is absolutely typical of why our society as a whole has such a stigma surrounding Herpes. And I had to do something about it.
I immediately tracked down his email address and began to write him a letter to stand up for everyone out there who like me has been burdened with this “gift”. Here is a copy of what I wrote and his response is following my letter:
Hi, Joey!
I just picked up your book Amazing Kitchen Cures and was surprised to see that you had a Herpes section. I was diagnosed 6 years ago and was eager to read what you recommend. After going through your recommendations, I started reading your “Strange Facts” section and was a little surprised.
The section starts off with not really “strange” facts but just facts about the disease but then the facts transfer over to famous people in history who had Syphilis which is not Herpes. Yes, the two diseases are similar but in the end, they are NOT the same – one is deadly, one is not. Also, these facts tell about famous people in history from centuries ago who seem to have had many lovers and who, according to your facts, had sex all the time. In no way do these facts correlate to Herpes whatsoever. It actually became a little disappointing that you would include these items in this section with no backing at all that these “facts” relate to Herpes. For example, Italian adventure Giovanni Casanova claimed that he seduced thousands of woman. How does that relate to Herpes? Did he have Herpes? Did he contract Herpes through one or several of his lovers? If so, how is that strange – it’s just a part of history. By putting these “facts” in his section, you seem to say that if you have the disease then you MUST be sexually promiscuous or have had dozens of lovers.
The reason why I say this is because when I was a teenager and in my early 20’s I remained a virgin because I did not want to get pregnant or contract a STD. However when I was 25 I fell in love with a man and decided to enter in a sexual relationship. He decided to cheat on me and in turn contracted Herpes from his affair and then gave it to me.  You see, I am not “seducing thousands of men” or “advocating having sex six times a day” like your facts say – however, I still contracted the STD without being sexually promiscuous, a prostitute or whore.
If you do release an updated copy of your book, I HIGHLY recommend taking out these “strange facts” as they seem to have nothing to do with the Herpes virus unless you have evidence that these famous people had the virus. I recommend taking out ANY sex related “fact” because that is not the only way a person can contract the STD. You can contract it from birth.
Please consider this and I do thank you for taking the time to read this email.
Dear Beth,
Thank you for your email, and I’m deeply sorry that you found the “Strange Facts” in the “Herpes” section of Amazing Kitchen Cures insulting. Rest assured that I did not mean for that collection of random facts to imply that herpes or any sexually transmitted disease can only be contracted if a person is promiscuous. I was simply stringing together unusual information.
The good news is that I have a new book coming out next year called “Joey Green’s Health Remedy Secrets” which contains all new information about herpes and accompanying facts that are about the disease itself (rather than interesting trivia).
Best,
Joey 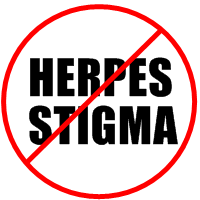 My response: I am so proud of Mary for her efforts in destigmatizing herpes. This infection has become so common and yet no one is exposing the truth about it. If everyone who had it was correctly diagnosed, we would have no stigma. Thank you, Beth, for speaking up for the millions of people who have herpes and are battling the everyday stigmas associated with it.
How do you think we could end herpes stigma?
Live. Love. Thrive.
Dr. Kelly
Author of Live, Love and Thrive with Herpes