You Probably Have Herpes and Don’t Know It 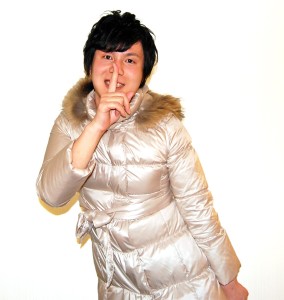 I came across a great article today written by Vox magazine entitled: Bad news: you probably have herpes and don’t know it.  It is so refreshing to see that there are other people out there trying to educate the public about herpes. Did you know that at least 85% of the population that has genital herpes and doesn’t even know it? This is the same virus that causes chicken pox, cold sores and shingles.  I had a friend of mine ask me, “then, how do we know that they have herpes.” What a great question!

In 2006, the largest study ever on genital herpes was conducted on a cross section of the American population.  The National Health and Nutrition Examination Survey asked people who thought that they did not have herpes to participate in the study. Each participant was then tested for herpes using type specific blood tests for HSV-2. When the tests were then analyzed, it was determined that 85% of those participants did in fact test positive for herpes. Then, the group that tested positive for HSV-2 (genital herpes) were then educated on the signs and symptoms of herpes. It was then determined that 70% of those tested were then able to positively identify previous signs and symptoms of herpes.

I have quoted this study time and again in my outreach to educate the public about the high prevalence of genital herpes. Genital herpes is the most common STI and yet no one is comfortable talking about it because of its stigma. This is just one of the many enlightening statistics that reveals the truth about herpes. I also think it is important to reveal that women are 3-4x more likely to contract herpes and at least 1 in 4 women have it. It is our time as women to stand in our power and reveal to the public the reality of this condition.

Remember how people used to openly make fun of HIV and those who suffered from it? Rarely do you hear comedians making such rude comments regarding HIV and AIDs. It is time that those with herpes take a stand and educate the public about this mostly benign infection that does not lead to any other diseases. Wake up America! The next time you poke fun of someone with herpes or make a herpes joke, know that there is a very good chance that you are making fun of your best friend or loved one that just hasn’t had the courage to disclose their status to you.

Want to get educated, empowered and inspired? Check out my Amazon bestseller Live, Love and Thrive with Herpes: A Holistic Guide For Women.